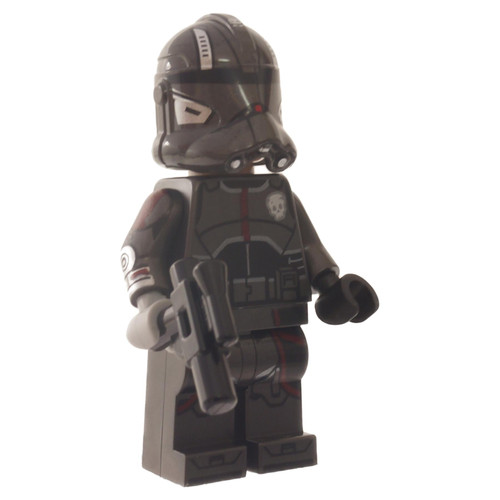 CT-1409 Also known as Echo was a member of Clone Force 99 also known as the Bad Batch. Echo was one clone that excelled the most. He started out as a member of the cadet unit domino squad and later became an arc trooper and an officer of the famous 501 troopers. After being left for dead during the rescue mission of Jedi Even Piell. He was captured by the Techno union and rescued by Anakin Skywalker. After this, he joined the Bad Batch. This is the LEGO Bad Batch Minifigure of Echo.