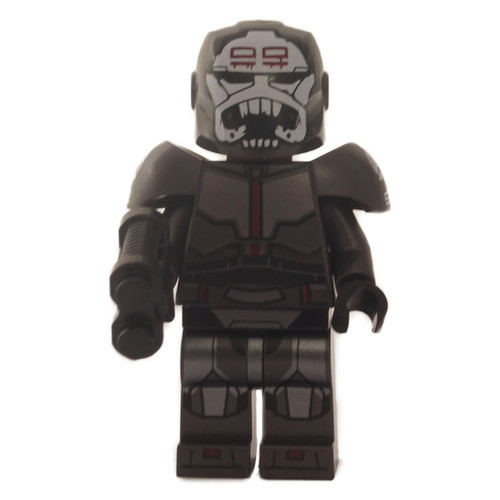 Wrecker was a clone trooper with genetic modifications. The abilities of Wrecker are hi increased strength. He became a member of Clone Force 99. They were a special commando unit under the command of Clone Sergant Hunter. All the Clone Troopers in this unit have genetic modification that gave them special abilities. Wrecker is also famous for his special helmet. This is the LEGO Bad Batch Minifigure of Wrecker.