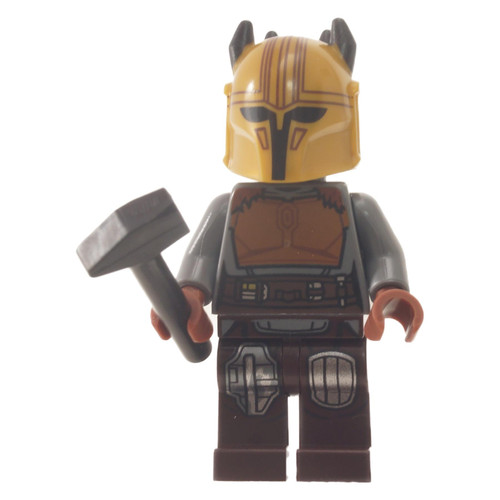 The Armorer LEGO Minifigure The Mandalorian

This character is a female Mandalorian from the Mandalorian TV-series on Disney+.They always address her as the Armorer, so we do not know her name. She is the leader of a tribe of Mandalorian followers of the fringe religious cult: The Children of Watch. They are part of a diaspora of Mandalorians hiding on the planet Nevarro. The whole sect apart from Paz Vizsla, Din Djarin and the armorer herself get wiped out in a confrontation with Stormtroopers. Her last appearance was when she threw Mando out of the sect until he could redeem himself in the Spin-off "The Book of Boba Fett." The Armorer LEGO Minifigure is part of LEGO set 75319.

All LEGO pieces are out of their original package. New means someone has only handled them to be repackaged. Used means they have been played with but are in good condition.

Sandman with Swirling Base and hammer