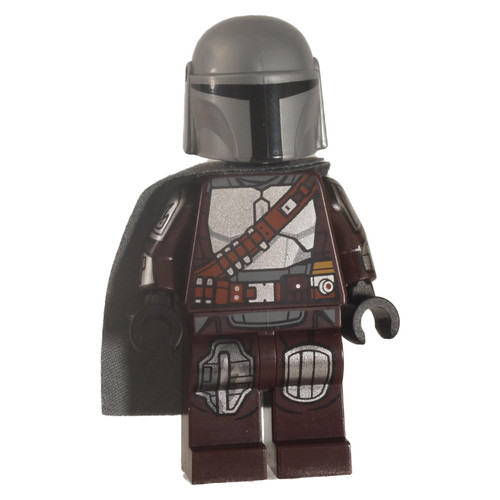 Din Djarin was an orphan who was adopted by the Mandalorian sect, the Children of the Watch. They incorporated him into the sect and became an elite Mandalorian warrior. We meet him in the first episode of the Mandalorian TV-series on Disney+ when he is a battle hardened bounty hunter. In one of his missions, he encounters Grogu, a child from the species of Yoda with force power abilities. Din Djarin gets tasked by the Armorer to return Grogu to his people.

Some LEGO® toys contain small parts that are NOT suitable for and may pose a hazard to children under 3 years of age.